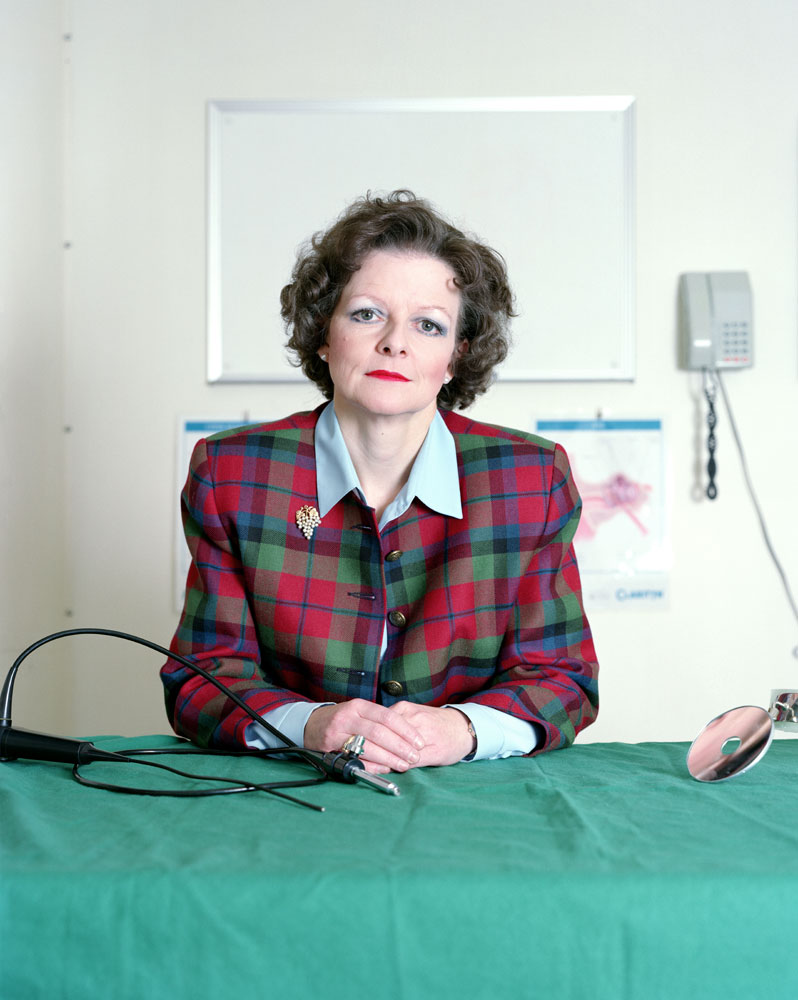 This series of large-scale photographic portraits of professional women celebrates a group of individuals who have made a substantial contribution to all aspects of contemporary life and culture and who were at different stages in their careers at the time. The portraits are influenced by the stillness and confidence of the sitters in the 18th and early 19th century portraits of women by artists such as Ingres, Raeburn and Reynolds.

The exhibition and publication title, airside, refers to the area within an airport which is normally out of bounds to the public who only go airside once filtered through various security check points: where access is not a matter of course. Correspondingly, the subjects have been photographed in their place of work without uniform, a decision that consciously questions stereotyping – the individual's position is reinstated in the titles of each work. The portraits were made after initial meetings and discussion with each subject when the decision was taken about the venue for the portrait.

Using a traditional 5x4 large format camera and portable studio lighting created a sense of occasion and performance. The negatives were digitally scanned at high resolution and output as lambda photographic prints producing a quality that reflects the size and appearance of the honorific painted portrait.

In 2008 the Royal College of Surgeons, London purchased two of the portraits from airside and commissioned another four portraits of leading women Surgeons who were, or had been members of the College Council.

In 2017 the College commissioned a portrait of the first Woman President. This joins the other 6 portraits of eminent women Surgeons who have been Vice President of the College. The almost life size portraits can be seen on the walls of the President's Chamber at the College.

Since the airside project began many of the women photographed have proceeded to the top of their professions - and some have retired leaving an inspirational legacy for their younger colleagues.